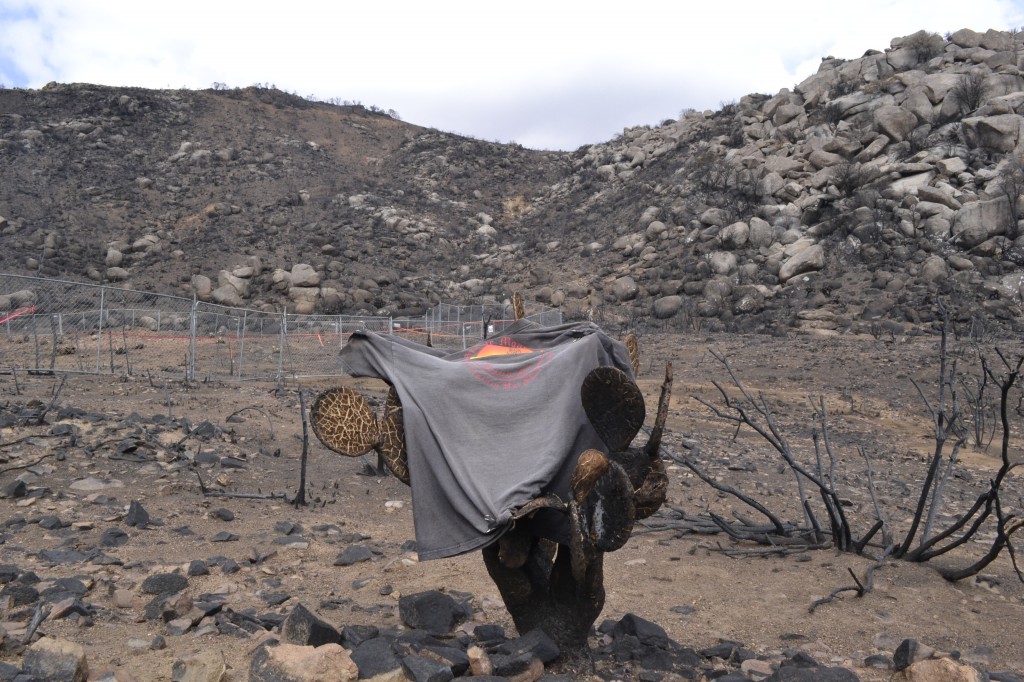 He made the comments while standing in front of a chain link fenced enclosure protecting the ground where the men perished.

Willis provided the most comprehensive overview of what may have occurred, but it is not the official version of events. That won’t come until early September when the state forestry division releases the 60-day critical incident report that is being prepared by an inter-agency team.

Yavapai County Sheriff’s Office investigators, meanwhile, are attempting to extract data from damaged cell phones found next to the fallen firefighters to gain more clues into their final moments.

In response to questions, Willis said the Hotshot crew found itself in a treacherous position after the fire had “basically flanked them” while they were still on a 100-foot high ridge with a two-track jeep running along its crest.

Whatever plans that were in place were discarded.

“They were picking and choosing their escape route at that point and time,” Willis said.

Willis said the men descend into a “U” shaped canyon opening to the east, only to find that the fire had swept around the north leg of the U and was running straight towards them.

The powerful, downdrafts from a thunderstorm that had been redeveloping all day as it tracked on southwesterly course from its origin on the Mogollon Rim west of Flagstaff, exploded the fire into a chaotic swirl.

What was behind them was raging fire.

He said the lookout, and only Granite Mountain Hotshot survivor, was on a ridge to the north and could not see the crew once it began to descend down a steep ravine into the bowl.

(Darrell Willis answers questions from media in the video below:)

Five hundred paces to the east was a llama ranch with plenty of open space to provide shelter from the fire. Indeed, the ranch was left relatively unscathed by the fire, while houses nearby burned to the ground because they lacked what firefighters call “defensible space.”

Asked if the crew descended into the bowl in an effort to get to the ranch for protection, Willis shifted his earlier position that the crew was looking for escape routes and now insisted the Hot Shots were instead continuing their mission to protect life and property.

Their last stand came on a slight rise deep in the canyon’s throat.

“There’s no doubt in my mind that they chose that point for a reason, because that is going to lift the fire off of them,” he said.

The crew quickly cut down thickets and moved brush to build a perimeter defense of kindling. The slash, Willis said, was set on fire in the hope of knocking down the wall of flames that was rapidly approaching.

The men deployed their pup tent fire shelters in a “very tight area”, Willis said while turning to point at a slightly discolored area of earth that was ringed by burned stumps and draped with black ash.

“This is where they had to deploy,” Willis said. “I think they picked the best location in this bowl. If you look at it and study it, there was no place else that they could go. I mean, you’re in a box canyon here.”

Willis said all 19 of the $500-a-piece shelters were deployed, although some of the firefighters were not found completely inside their shelters. The extreme heat, Willis said, also broke down the protective material of the fire shelters.

“They are the best of the best equipment that money can buy,” Willis said.

Why the men were in a such a dire situation that wildland firefighters strive to avoid, remains a crucial question that has not  been clearly answered.

Less than an hour earlier, at 4:04 p.m., the crew was in a relatively safe area that had already been burned over. Morgan Lowe, a KPHO-Channel 5 reporter, asked Willis why the crew left the burned over area and moved into a high-risk, unburned area packed with 40-years of dried out thickets.

“How typical was their decision to come into something like this, leaving the black?” Lowe asked.

“I’ve thought about that a lot,” Willis said. The answer, he said, is habit.

“It’s ingrained in firefighters to want to protect property,” he said. “Why do firefighters run into burning buildings?”

Willis said the Hotshots were not going to “sit up there” in safety when there was “potential for people to be at risk somewhere.”

At the same time, Willis said, the firefighters were not going to engage in action that was “risking their lives.”

They simply made a cold calculation in a heated moment.

“They thought they had the option to make it. It’s a time versus distant thing that I see,” he said. 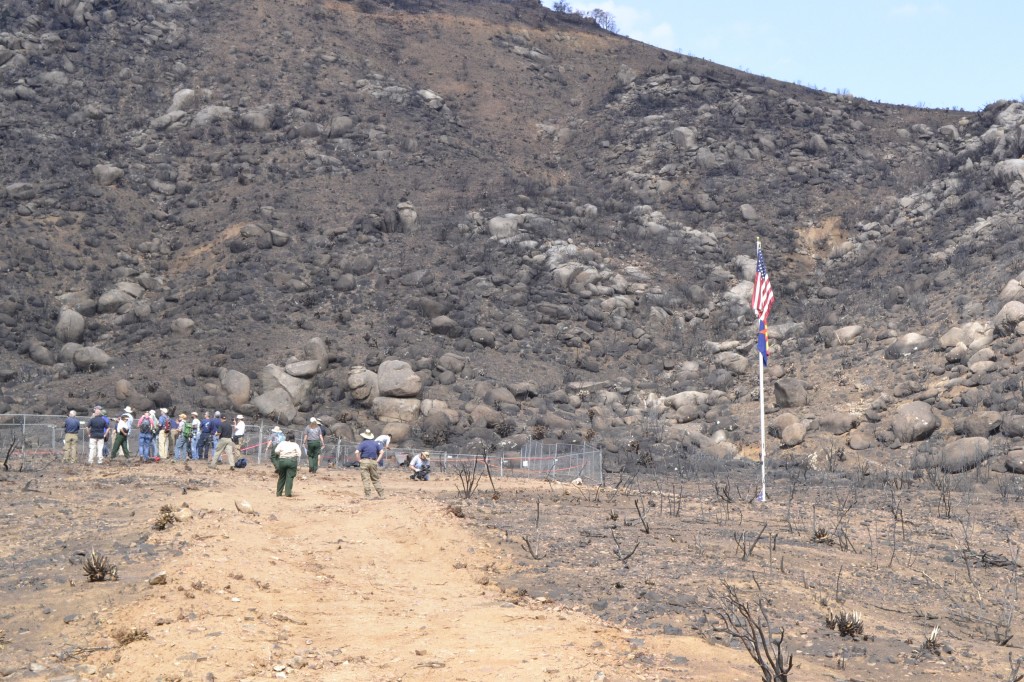 But it appears the firefighters made a crucial mistake when they expected the fire to be moving in a northerly direction rather in a southwesterly direction straight towards them.

The fire’s ground speed increased 400 percent from earlier in the day, at about the same time the wind pivoted 180 degrees.

“What they were seeing most of the day and what happened after, you know, 4:30 in the afternoon, whatever, was such extreme fire behavior that nobody expected what occurred,” he said.

While nobody expected a firestorm, there was plenty of warning that one could happen, Willis said. The crew, he said, knew that powerful wind gusts from the north were approaching.

“Yes, there is confirmation of that. There is no question about it,” Willis said.

The swirling fire that engulfed the  Granite Mountain Hotshots has left a confusing path of conflicting motivations for the crew’s behavior. Whether they were trying to escape or continue their mission, the end result was catastrophe.

The firefighters descended down a steep hillside, through four decades of overgrown desert scrub cooked by years of drought and punctuated with record heat days earlier, into a charging inferno blowing straight towards them — with no way out.

The crew leaves behind 10 widows and 13 children.